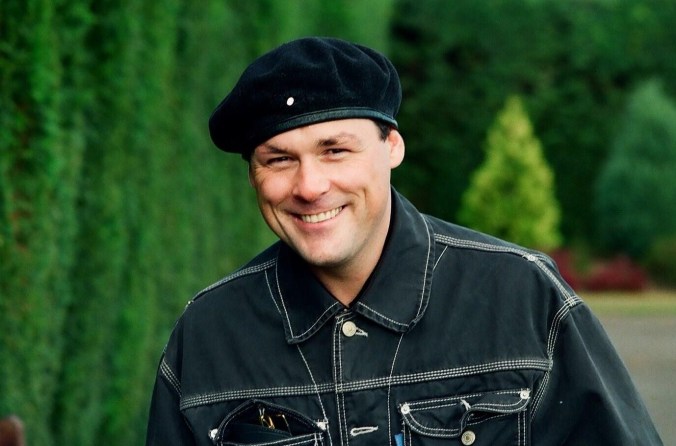 BILLY MacKENZIE was a one-off. Blessed with an elastic vocal range and impish sense of humour – particularly when it came to his mischievous dealings with the London music industry – the Dundee-born singer of The Associates made an indelible impact on the British music scene in the early Eighties with his operatic (or as he put it “poperatic”) singing style and refusal to play the game. We have rarely seen his like since.

MacKenzie’s first appearance on Top Of The Pops in 1982 with ‘Party Fears Two’ is endearingly infamous, mainly because he couldn’t force himself to face the studio audience, preferring to study himself in the monitors to the side of the stage, grinning all the way, literally watching himself on TV. Behind the gooning, however, MacKenzie embodied the concept of the reluctant pop star, wrestling with feelings of awkwardness and, sometimes, plain embarrassment.

The tragic early death of a famous musician inevitably stirs up interest in the grim details of their demise. In the case of MacKenzie, almost 10 years since his suicide on January 22, 1997, aged 39, it seems to have had the opposite effect. In the years since his passing, it is MacKenzie’s music and colourful story that have proved the focus of much of the posthumous attention. In fact, in 2007, the legacy of the Dundee-born singer, who would have been 50 in March, seems more robust than ever.

The coming weeks and months see two separate tribute shows being staged in Glasgow and London to celebrate the life and music of the late vocalist, featuring contributions from next-generation bands such as Belle & Sebastian and The Electric Soft Parade, as well as appearances from MacKenzie’s friends and contemporaries, including Heaven 17 offshoot BEF and Paul Haig, formerly of Josef K, making his return to the stage after nearly two decades.

Ten years on, there are echoes of MacKenzie everywhere. You can hear him in the soaring romanticism of Canada’s Arcade Fire (set to become the most name-dropped outfit of 2007) and the Eighties-referencing pop of The Guillemots, whose forthcoming single ‘Annie Let’s Not Wait’ shares its musical DNA with classic period Associates. Elsewhere, whether by default or design, Robbie Williams’ 2002 single ‘Feel’, with its choppy piano and crooning melody, bore close relation to much of MacKenzie’s later work.

Other famous fans who have been more vocal in their acknowledgement of MacKenzie’s influence include Neil Hannon of The Divine Comedy, who remodelled the Associates’ best-known hit, 1982’s ‘Party Fears Two’, as nothing less than a rousing polka in 2006, and Bono, who expressed U2’s debt to the band in blunt terms. “We ripped them off,” he admitted. “Billy was a great singer: I couldn’t rip him off.”

If the music industry can reasonably be accused of being all too readily equipped to milk the market potential of a dead artist, then at least in MacKenzie’s case, it has been done with love and attention to detail. In addition to his posthumously completed 1997 album Beyond The Sun, there have been the rarities collections Memory Palace, Auchtermatic and Transmission Impossible. Factor in reissues of past albums like Sulk, Perhaps, the long unreleased The Glamour Chase (shelved in 1989 following acute record company wrangles) and two volumes of the Associates’ Radio 1 Sessions, and MacKenzie’s output in the past 10 years has exceeded the final decade of his life.

Whether Billy himself would have welcomed this level of influence and attention is impossible to guess.

Born on March 27, 1957, of traveller stock settled in Dundee, giving him a rich mix of Irish and gypsy blood, MacKenzie’s natural vocal talent was apparent even as a young teenager, when his furniture shop-owning father encouraged his underage son to enter a local pub talent contest. He duly won, pocketing the 50 prize money.

An individual with a devilish twinkle in his eye, by his late teens he had travelled to New Zealand and the US, where in 1975 he married Utah-born Chloe Dummar, younger sister of faked Howard Hughes’ will claimant Melvin Dummar, whose case was thrown out in 1978 (he subsequently became the subject of Jonathan Demme’s 1980 film Melvin And Howard). By then, the ever-restless MacKenzie had returned to Scotland. Speaking to a newspaper about the incident, he said: “When I realised her brother was [supposed to be] getting a fortune, it made no difference. I never really loved the girl.”

Back in Scotland, MacKenzie divided his time between running hip retro clothes shop The Crypt and singing in club bands, where he met his musical foil in The Associates, Alan Rankine. Together the pair emerged in the late Seventies/early Eighties musical landscape that produced future million-sellers The Cure and U2. With MacKenzie’s “poperatic” vocals and their otherworldly sound, however, The Associates, particularly around the time of their classic Sulk album, seemed like a band cut adrift from the era. Not easily defined as Post-Punk or New Romantic, their records now sound like they belong in the category of conceptual Eighties pop alongside Kate Bush and Talk Talk – strange and strangely timeless.

When fame arrived, MacKenzie was ambivalent. On one level, he adored the wanton squandering lifestyle of the successful pop star, buying umpteen cashmere jumpers and “rolling in them”, feeding his ever-present whippet dogs smoked salmon ordered on hotel room service and generally frittering away his and his record company Warner Brothers’ money like an excited pools winner.

Then, on the eve of a sold-out UK tour in support of Sulk that might have propelled The Associates onto the next level, he did one of his frequent disappearing acts. Those close to him later blamed his feelings of inadequacy when held up against his idols such as David Bowie and Scott Walker. “How could you match that coming from a little scuzzy scheme up in Dundee?” MacKenzie later reasoned.

Much like Kate Bush, the singer retreated to the recording studio. From here on in, his live appearances would be sporadic, his interviews and TV commitments reluctantly fulfilled or wriggled out of at the very last minute. The result was ever-increasing production budgets and declining sales, leading to MacKenzie being dropped by Warners in 1988. Asking his record boss for a final taxi on the tab following their emotional meeting in London to discuss the news, Billy took it to Dundee, giving himself one last laugh very much at their expense.

In creative and commercial terms, MacKenzie’s career never quite recovered, though there were signs that his songwriting abilities were in rude health in the last years leading up to his death. He had signed a new deal, though the death of his mother in 1996 plunged him into a depression that led to a breakdown. On January 22, 1997, he was found dead by his father in a shed at his cottage in Auchterhouse on the outskirts of Dundee, having taken a massive overdose of prescription and over-the counter pills.

The intervening years have seen his contemporaries in particular moved to write songs in his memory. In 2001, Robert Smith of The Cure penned ‘Cut Here’ (featured on their Greatest Hits) recalling his last meeting with the singer and containing the lines: “I should’ve stopped to think/I should’ve made the time”. Four years later, Siouxsie Sioux (of The Banshees fame) offered ‘Say’ on The Creatures’ Anima Animus album, revealing how she had made plans to get together with Billy shortly before his suicide. “We’d meet Saturday,” she sang. “It happened on Wednesday.”

Recent months have witnessed Morrissey resurrecting his long-dormant Smiths hit and tongue-in-cheek tribute to his one-time friend, ‘William It Was Really Nothing’ in his live sets. Inevitably, a brace of websites have also sprung up in celebration of MacKenzie, whose sky-scraping talent and thwarted career – even if it was often by his own hand – have seen him compared to other lost musical souls such as Nick Drake and Jeff Buckley.

Chatter on these sites increased in 2005 with the news that major Associates fan Bjrk had managed to track down the masters, long presumed lost, to the powerful torch ballad ‘No’ from Sulk, with a view to recording a posthumous duet with MacKenzie. “My love affair with The Associates started when I was 15,” she said. “I was looking for my identity as a singer and I really admired the way Billy used and manipulated his voice. He was an incredibly spontaneous and intuitive singer, raw and dangerous.”

It’s hoped that the track will appear on her forthcoming album later this year.

Although a life cut short is obviously not something to be celebrated, MacKenzie managed to pack more into his four decades than many do in twice that time. Let’s hope it is his music and talent for mischief, rather than the forensic details of his decline, that continue to be focused upon in the coming years.

During his life, Billy MacKenzie was shrewd enough to understand the public’s fascination with a towering talent that fails to reach its full potential. Talking to a business associate about the potential state of his future legend, Billy remarked with a grin: “Ach well, y’know, I’d like to be remembered for what I might have achieved rather than what I did achieve.”