The Cure leader kicks for far away the fame of unhappy. 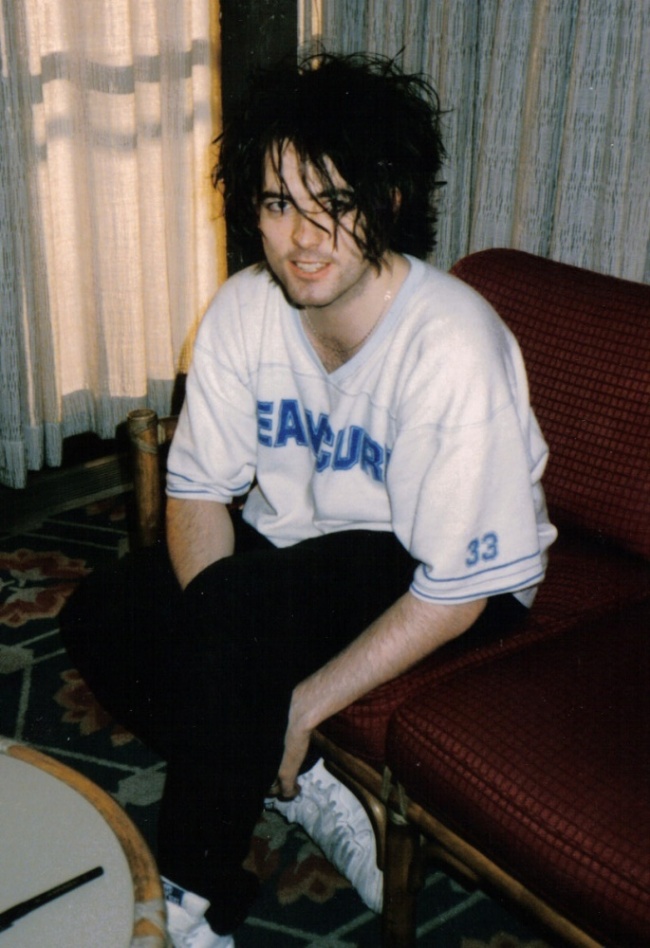 English drunks dropping for the streets commemorated a strange title in 1967. Queen’s Park Rangers had sacred champion of the third English division. In that time, the London boys didn’t just hear Beatles as rejoiced the World Cup also wins for England in 66. Amazed, the small Robert Smith walked for the streets seeing all that racket. He was ten years old just and fell in love. With Rangers and with drink.

Decades later, beside a bottle of water without gas, Robert Smith grants an interview to SHOWBIZZ in the presidential suite of a chic hotel of Rio. To maintain the tradition, made me to wait plenty of time. He arrived making genre, with a small bag of ice and behaved as a clumsy soap character, sat down, and stepping in the sofa with his filthy Reebok. Spider hair, excessive pancake in the face, suspicious carmim lipstick and still complaining: “I don’t understand why the people are afraid with my appearance”.

If could, Robert Smith would not be there to speak about the new band album, Wild Mood Swings. But the recording ordered and the Sussex quintet, where they live in a castle of the XVII century two years ago, prepared six music for the brazilian journalists. Robert complains: “We were just coming to Brazil to play… How I will talk about a disc that not even we heard and that is not still ready. It sounds like playing samba in Christmas. It is almost right that six music that we showed for you, “Want”, “This Is A Lie”, “Club America”, “The Two Chord Cool”, “Jupiter Crash” and “Mint Car”, be in the disc, but everything can move suddenly. We have 18 other music composed”.

For the onlookers, the good news. The music are to each other quite interesting and different. There is not a style. In fact, is there a style Cure? “The next disc name represents its content. They are varied emotions, that pass from depression to the euphoria. In my mind, exists a sound Cure and not a style Cure. It is complicated to explain”.

Once the disc name appeared in the interview, it follows an information then: in the Internet, where The Cure is the champion in the world of the music, with more than ten home-pages, visited for almost twenty thousand people, debates happen among people complaining about the name Wild Mood Swings. What do you have to declare about that, Robert? “How can the people waste time discussing the disc name which nor they heard? By the way, I don’t like Internet! It is highly a liar and impersonal system”.

But wait. Surfing on the Internet it is possible to find messages of the band keyboarder, Roger O’Donnell, and of Mary Smith, Robert’s wife. How do you reacts? “It is now you that didn’t occur well. Roger really adores to communicate and to pass messages about the group. But that message supposedly written by my wife it was done by Roger. Mary doesn’t have computer at home! Did you understand? A lot of fools are believing that received a message of Robert Smith’s wife. And it was not her”.

Even so, when noticing that such anger against the people that surfing on the net could sprinkle in the fans of the band, Robert hurries in complementing: “See. I respect the opinion of the fans a lot. Otherwise the group would not be now in Brazil. What I want to explain is that some Cure fans at the Internet are not really fans. They are people that, by chance, like the same pop group. And, sincerely, I won’t worry about what they say”.

Hour of the annoying question. And about that history of gothic group? “I never was, I am not and I will never be gothic. Some crazy one invented that history and the people believed. I am not here to deceive anybody. I write what I feel. Today we are thirty years old and we are happy, but in the middle of the eighties, I really passed on a black phase that contemplated on my music. But to be considered as a goth is ridiculous. It were a label that probably appeared because of our way of dress”. 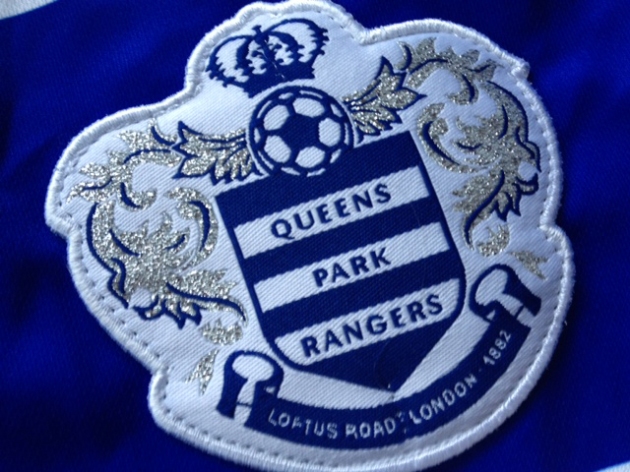 A question not very common. Once Robert Smith said that is a fanatic Queen’s Park Rangers, he knows that that team never were english champion in the first division, in spite of having been founded in 1885, and occupying the last positions on the english championship? “Excuse me but that is not a question, it is an insult”. Robert is nervous. Perhaps that passion for a team that has never wins served as inspiration for so much sad songs. “See, since I decided to support for Rangers, there are 27 years ago, the team didn’t win anything. Nor a small tournament. What can I do? It is a life way. I will never change of team. It would be lack of character”.

Robert really likes football. In June, when the Eurocopy will be disputed, in England, Cure will stop its trips immediately to attend the English Team. “But we won’t never win. The favorite is Holland”, foresees Smith.

The better player of all the times in the Mr. Robert Smith opinion is Jairzinho. With relationship to Maradona, a simple comment: “I am english, soon I hate him”.

Being invited to set up his favorite selection, Smith wondered if could not set up one without fullbacks. “I hate fullbacks”, smiles Robert. After thinking for some instants, to look to the side and seeing the beach of Copacabana, Robert increased Pelé in the list. “I don’t want to take a shot”. But he climbed Rodney Marsh, local hero of the… Queen’s Park Rangers, of course.

On the last World Cup, he admits: “My happier moment in the football, since I was born, was attend Bulgaria to win Germany”. And Romário? “Excellent player. But I don’t understand how can have worked playing beside Bebeto if they hate each other. It is like a band, everybody needs to like each other, otherwise is better to go away”. For who doesn’t remember, that is an allusion to the former-better friend and partner Laurence Tolhurst, that the band and processed The Cure wanting possible copyrights.