“Gaiman’s Sandman was nothing less than a personification of the human imagination. His saga was described by one critic as “a secret history of the unconscious”. Morpheus – aka Dream, or Oneiros – is one of the archetypes who call themselves The Endless, the others being Destiny, Despair, Desire, Delirium (who used to be Delight) and Destruction (who retired in the 17th century because humans no longer needed him). Dream is a tall, pallid figure with a shock of black hair, somewhat resembling The Cure’s Robert Smith, minus the lipstick, after being thoroughly stretched on a rack. His realm is The Dreaming, an ever-changing Gormenghast-like castle surrounded by nebulous landscapes; it’s where we go when we dream.” 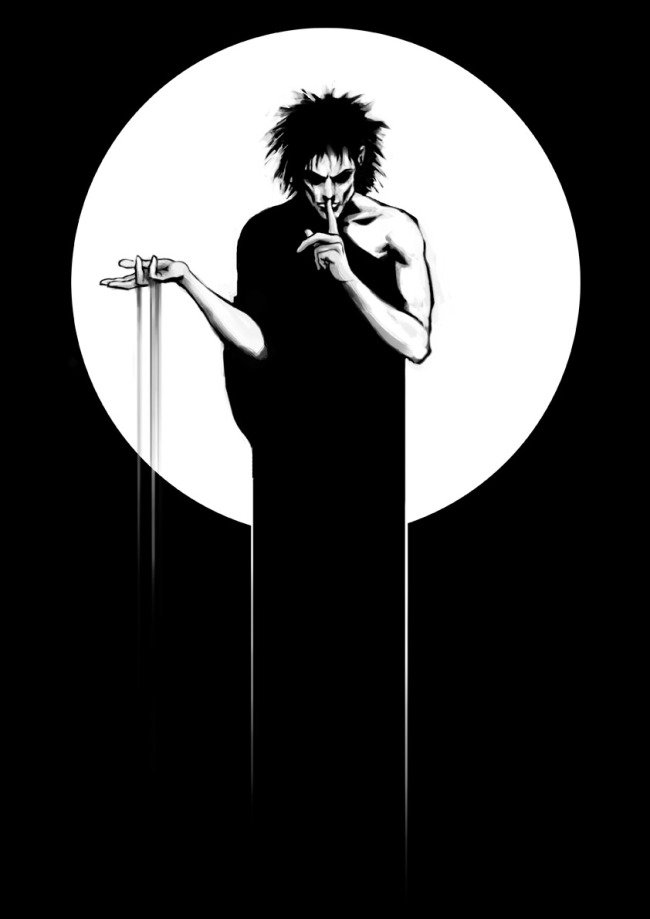